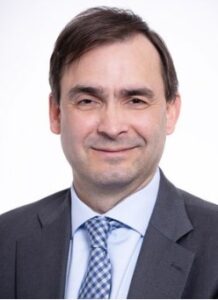 Dr. Joseph Gruber, is the executive vice president and director of research for the Bank. He leads the Bank’s Research Division and serves as a member of Management Committee.

Mr. Gruber joined the Bank in May 2020 after serving 19 years at the Board of Governors. Mr. Gruber previously served as the deputy director of the International Finance Division at the Board. He joined the Board in 2001 as an economist in the Advanced Foreign Economies section analyzing economic developments in key U.S. trading partners. In 2004, he transferred to the Trade and Quantitative Studies section. He became Chief of the section in 2008 with responsibility for the Board’s coverage of oil markets, commodity prices, and U.S. trade flows. Mr. Gruber joined the Board’s official staff in 2012. In 2016, he began serving as a Special Advisor to the Board, first for Vice Chair Stanley Fischer and more recently for Vice Chair for Supervision Randal Quarles.

Paul Hughes is the Deputy Secretary for Business Development. In this role, Paul directs efforts to drive the growth of existing businesses in Kansas and recruit new businesses into the state, with oversight of the Business, Community and International development divisions at the Department of Commerce.

Paul previously served as the Executive Vice President at the Arizona Commerce Authority and oversaw Arizona’s business development team including workforce development, business attraction, international trade, and rural markets. Paul also has experience in the start-up world having developed a seed-company into a high-growth, publicly traded company.  He holds an MBA from Arizona State University and an Entrepreneurial Development Program certificate from Massachusetts Institute of Technology Sloan School of Management. He also is a veteran of the U.S. Marine Corps. 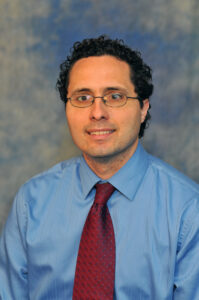 Paul Byrne is a Professor of Economics at Washburn University School of Business, where he has taught since 2003. He received his PhD from the University of Illinois at Urbana-Champaign. Byrne teaches Principles of Microeconomics, Microeconomics Analysis, Labor Economics, and Public Finance. His scholarly interests and activities include economic development incentives, tax increment financing, public policy and public finance, and local government. Byrne and his family call Topeka, Kansas home since 2003. 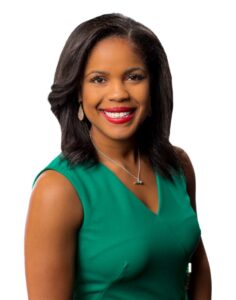 When she was growing up, Danielle often found herself mesmerized by the one-of-a-kind talent of trailblazing Good Morning America journalist Robin Roberts. Danielle’s lifelong passion for people has since translated into an award-winning career in TV, a platform that empowers her to follow in Roberts’ footsteps by telling stories with both facts and heart.

Danielle not only hosts our advisors’ TV shows and commercials but plays an integral behind-the-scenes role inside the new AE Media Studios. She conceptualizes and keeps track of the customized branding for each visiting office and also helps produce programs she isn’t hosting, duties aided by the skills she picked up during her nearly two-year stint with FOX Sports. A graduate of Sam Houston State University with degrees in mass communication, communication studies and sports management, Danielle also spent time at Eyeconic TV (KVVV) in Houston and WIBW-TV in Topeka before joining AE. During her time at WIBW-TV, she earned an award of excellence from the Kansas Association of Broadcasters for her work on a diversity, equity and inclusion news story.

A Houston native, Danielle is the youngest of six siblings — she has three older brothers and two older sisters. She was named Miss Congeniality at the Lady DuBois pageant in 2016 and, five years later, was chosen as a YWCA Women of Excellence honoree. Danielle is a self-described “fitness fanatic” — she serves as health program director of the nonprofit Omni Circle Group, where she hosts a weekly bootcamp.